Panasonic Avionics Corporation (Panasonic) and the Russian Satellite Communications Company (RSCC) have partnered to provide inflight connectivity (IFC) services over the Eurasia region. The services will be provided via RSCC’s state-of-the-art Express-AM5 and Express-AM6 Ku-band satellites.

As part of the partnership, Panasonic has entered into an agreement with AltegroSky Group for the provision of infrastructure that enables Panasonic to provide inflight entertainment and connectivity (IFEC) services via the Russian satellites.

The network will be managed via AltegroSky’s Network Management teleports (NMCs) in Moscow and Khabarovsk. Landing transit traffic at these NMCs will be delivered to the link up station with the MMTS9 operator via terrestrial communication channels.

Sergey Pekhterev, founder of AltegroSky, says: “Not only do such projects provide opportunities for us to hone our skills of cooperation with global operators and market leaders, but they also bring us to the technological forefront of the industry. This makes it possible to move ahead in building up our own infrastructure to provide innovative services to our customers in Russia, including broadband access on aircraft and ships.

“We believe that the contract demonstrates the competency of our company and our readiness for open partnership in the implementation of key activities.” 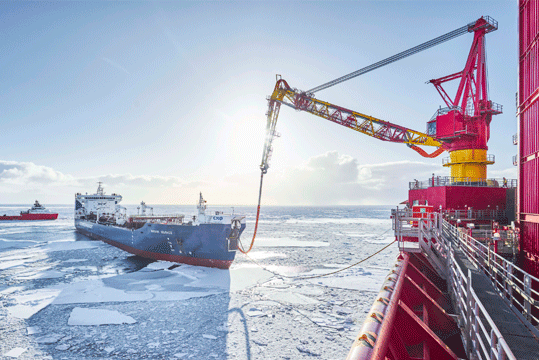 The largest European operator decided in favour of Russian partners.2017

The project on arranging communication channels for the companies in the oil and gas sector was started in November 2017. Telespazio (a Leonardo and Thales 67/33 joint venture), one of the world’s main players in satellite solutions and services, Gazprom Space Systems, the Russian satellite operator, and AltegroSky Group of Companies, the Russian provider of satellite communications services, acted as the partners of this project. The parties signed a number of agreements.

The contract for the provision of satellite services was signed with AltegroSky Group of Companies. It includes the provision of teleport services to organize the dedicated channel, as well as broadband access services and telephony.

“This isn't the first time AltegroSky Group of Companies performs the projects for the foreign customer, over the years of work we have developed warm relations with several international companies. The contract with the Italian partner is further confirmation of the quality and increasing demand for the provided services and professionalism of the team,”– stated Vitaly Kramar, the Director General of AltegroSky Group of Companies.

Strong relations between Gazprom Space Systems and AltegroSky Group of Companies allowed to meet the strict time limits of the project. The work was carried out within the record period of three days.

The choice of satellite technology for the development of telemedicine in Russia is due to several factors:

Satellite systems meet all the requirements for mobile telemedicine diagnostic complexes and emergency response systems. The main customer of satellite equipment for telemedicine complexes is the Federal State Unitary Enterprise "All-Russian Center for Emergency Medicine " Protection "under the Ministry of Health of the Russian Federation. The first application of emergency medical response complexes in the aftermath of floods has already showed the main advantages of using satellite technologies in emergency situations: rapid deployment and high quality of communication, providing unlimited remote diagnostics capabilities. 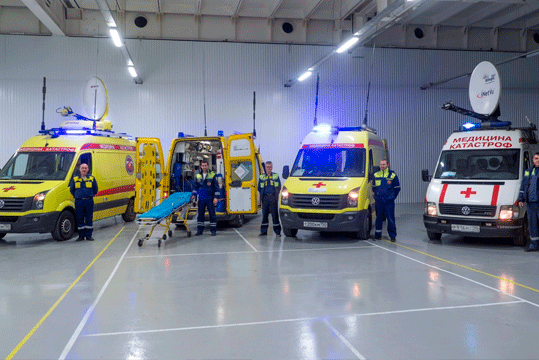